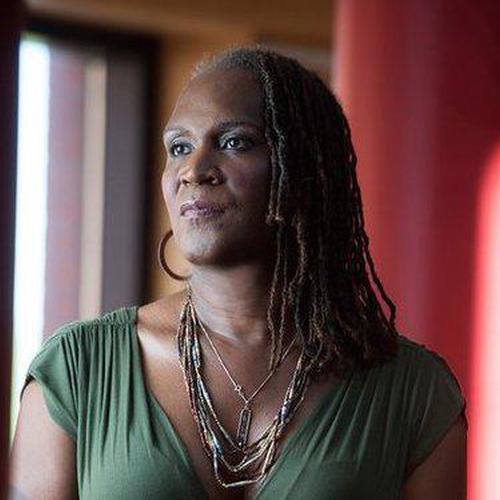 Closing Keynote: Many Paths Forward – Where Do We Go From Here?

Andrea Jenkins is the first Black transgender woman to be elected to public office in the United States.  She was elected to the Minneapolis City Council with 73% of the vote. A poet and artist as well as a public official, Andrea is the author of the poetry collection, The T is Not Silent: New and Selected Poems (Purple Lioness Press, 2015), and  contributor to the acclaimed anthologies Queer Voices: Poetry, Prose and Pride (Minnesota Historical Society Press, 2019), A Good Time for the Truth: Race in Minnesota (Minnesota Historical Society Press, 2016), and Blues Vision: African American Writing from Minnesota (Minnesota Historical Society Press, 2015). Jenkins is currently the Oral Historian for the Transgender Oral History Project at the University of Minnesota Libraries, documenting the lived experiences of transgender and gender nonconforming people in the Upper Midwest and the United States. Previously she worked for twelve years as a policy aide to two members of the Minneapolis City Council.

Discussing what made her campaign successful, Jenkins notes, “We didn’t shy away from my identity as a black woman, as a trans woman,” Jenkins told Minnesota Public Radio. “I have lived firsthand the oppressions that others only talk about, only think about. But that is not what we led with. That’s not what won us this race,” Jenkins added. Her platform framed all of her key issues in terms of equity: in public safety, transportation, and affordable housing, among other issues. “There is a very deep gap between whites and people of color. The disparities are present in healthcare, homeownership, employment … all of these issues.”. Minneapolis is one of America’s most racially segregated cities.

Jenkins holds a bachelor’s degree in human services, a master’s degree in community economic development, and an MFA in creative writing. She is the recipient of many awards, including a Bush Foundation Fellowship.